The SMDP STANDARD is the second version of the Liquid Dosage Monitoring System. It is intended for small businesses and farms that need liquid outflow control from up to 3 distribution points (tanks). This version is specially dedicated for customers who require a simple system at the moment but anticipate the possibility of its expansion in the future.

STANDARD 4.0 is the second generation of the system, distributed since April, 2019. The system supports 150 active recipients and vehicles together (any configuration, for example 75 vehicles and 75 recipients with double authorization or 150 vehicles with single authorization) and assigning only one KDP100 dispenser controller to one tank. ARCCAN SMDP STANDARD 4.0 software is extremely intuitive, user-friendly, and has basic functions for managing liquid distribution. Compared to the lower version, the program has a module for calculating liquid consumption by vehicles and a module for issuing limits. With the development of the company, devices and software can be migrated to higher versions of the system at any time, starting with the Optimum version and ending with the Enterprise version.

The DEMO SMDP STANDARD 4.0 version is available at: https://demostandard.smdp.online

The whole process of configuring KDP100 dispenser controllers is extremely easy and is carried out from the ARCCAN SMDP STANDARD 4.0 PC software. Two-way communication between the program and controllers can be executed: 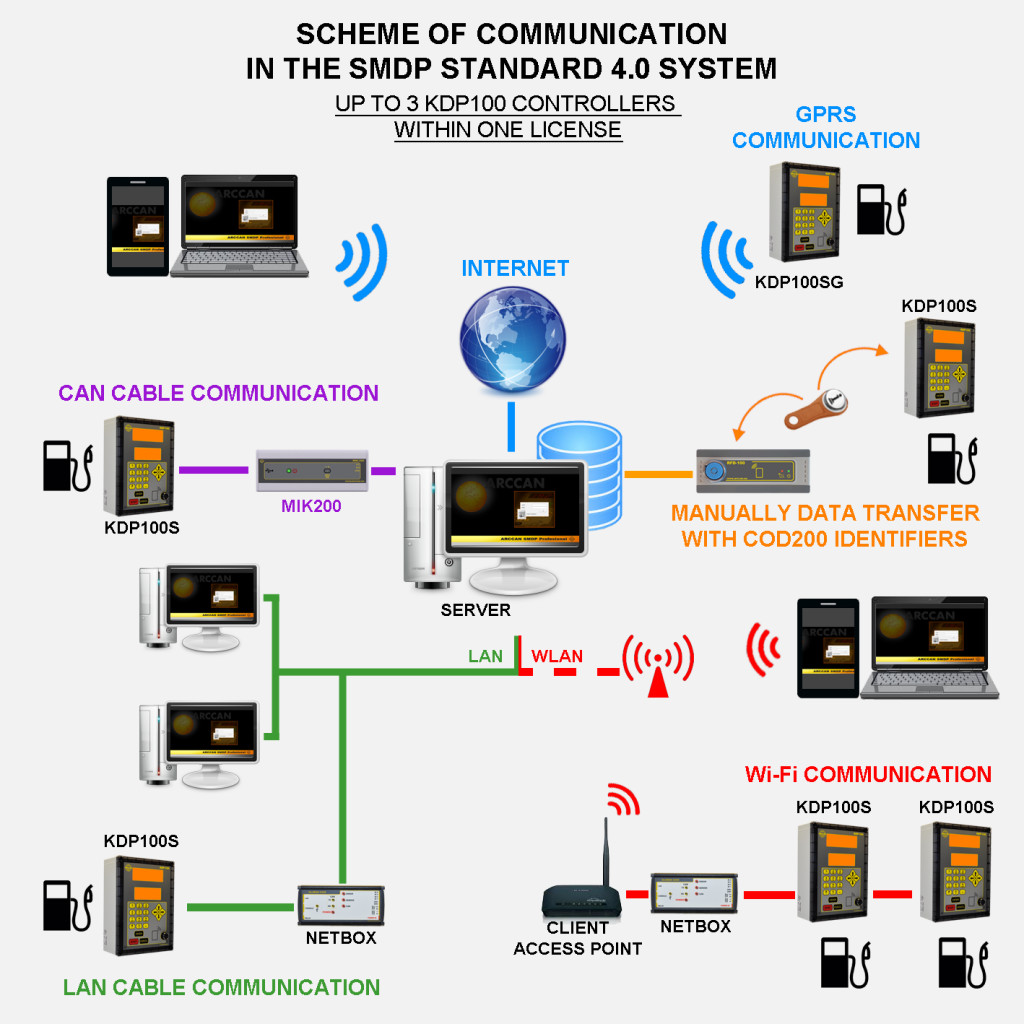 KDP100 STANDARD controllers can be migrated to higher versions of the system and will have full functionality of these versions. Modules for measuring the real amount of fluid in the tank and inter-shell detection as well as a GSM modem can be added at any time.